WELCOME TO THE BTB SPRING CUP 2023 Presented by BMO

All games will be played at the beautiful fuhr sports park turf fields in Spruce Grove, Alberta and Clareview Turf in Edmonton, Alberta. BTB Spring Cup is sanctioned by the Alberta Soccer Association.

The BTB Spring Cup was created to bring high level tournament play to the Edmonton and the surrounding regions before teams start their summer league season/competition. The core values of the tournament are competition, diversity & inclusion, and fair play.

Competition: Bringing high level teams together to play competitive games to help in the development of the player and the team.

Diversity & Inclusion: Teams from all leagues, regions, provinces, and countries coming together to compete at a high level.

Fair Play: Respecting the rules, opponents, officials, volunteers, facilities, and everything involved in and around the game.

*Sanctioned by the Alberta Soccer Association 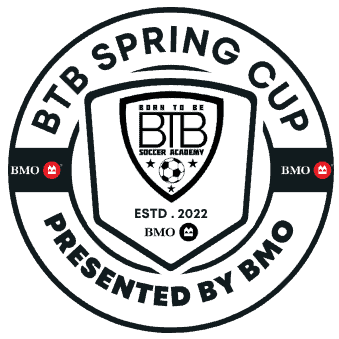